After traveling with students in Albania, our arrival in Corfu (ancient “Corcyra” / “Kerkyra”) was a shocker. Saranda, Albania was a quiet coastal town. Corfu, the capital city of the island of the same name, was bustling with the loads of cruise ship tourists who disembarked for a few hours to see the old town. Despite the crowds, the old town was scenic and the Venetian fortresses offered splendid panoramic views of the peninsula. Several of my students commented that Corfu was among their favorite stops in the three week trip.

I was interested in visiting Corfu because of its famous Venetian remains as well as its ancient history. Corfu (Greek Kerkyra) was Corinth’s earliest Archaic colony founded in 734 BC (traditional date) and had an often conflicted relationship with Corinth during the archaic and classical era. The first sea battle fight recorded in Greek history was fought between Corinth and Kerkyra in 665 BC. And Thuycydides explained the initial conflicts of the Peloponnesian War in light of a dispute between Kerkyra and Epidamnus (ancient Durres) and their supporters Athens and Corinth. Like the Corinthian colonies in Albania we visited, Kerkyra remained a significant city in the Roman and later Roman eras. The emperor Nero allegedly visited the island

After exploring the old town for a while and hiking to the top of the Palaio Phrourion, I found a couple of hours to walk southward to the scattered remains of ancient Kerkyra. The ancient site (called today “Palaiopolis”) lies just above Garitsa Bay. Its acropolis is visible as a low rise. Like Durres, Kerkyra lies under modern settlement and is largely unexcavated. Navigating the ancient city on foot, I managed to find an Archaic monument (the circular Tomb of Menekrates), old ship sheds for the Greek city’s navy, and later Roman / early Christian churches. I was sorry that I did not arrive in time to visit the archaeological museum which houses many artifacts of Archaic to Roman date.

The Old Town of Corfu viewed from the Palaio Phrourio

Ancient Kerkyra on the Bay of Geritsa, viewed from Palaio Phrourio 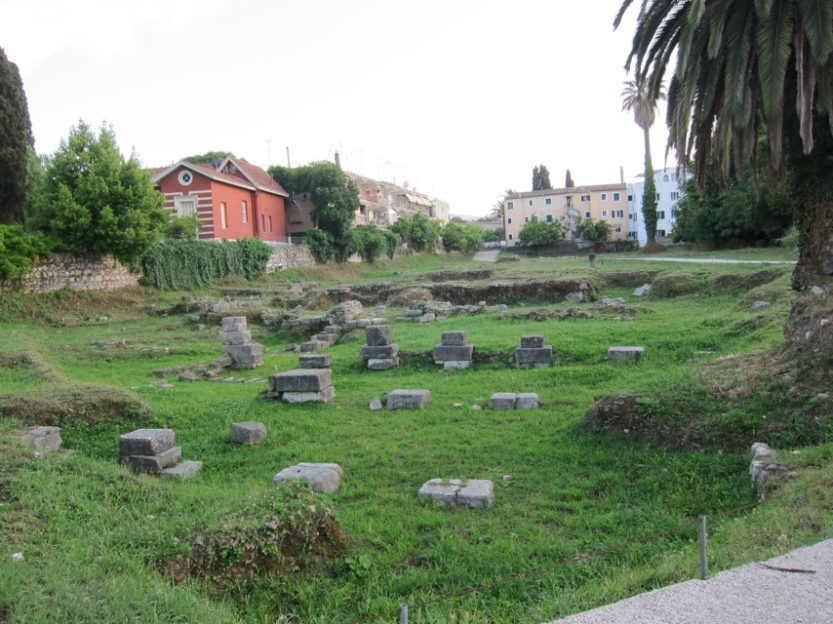 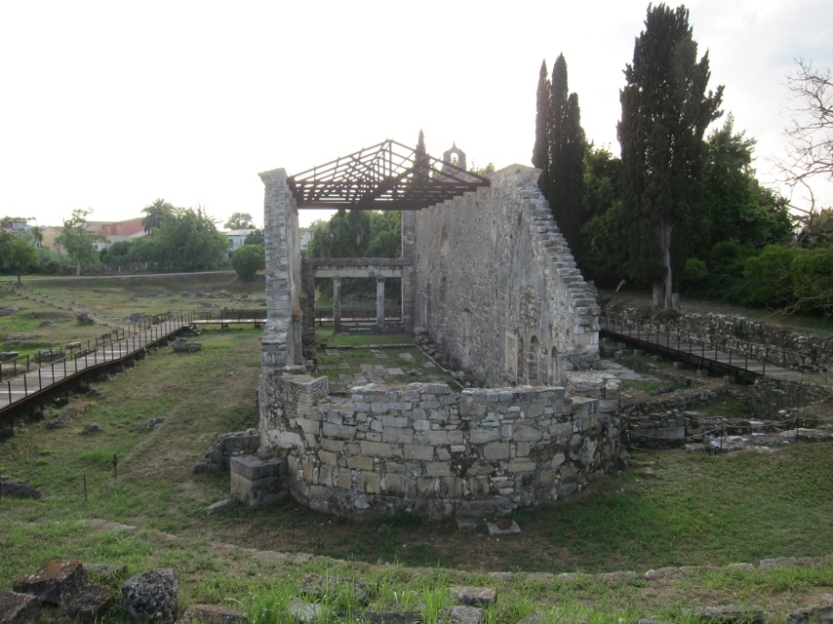 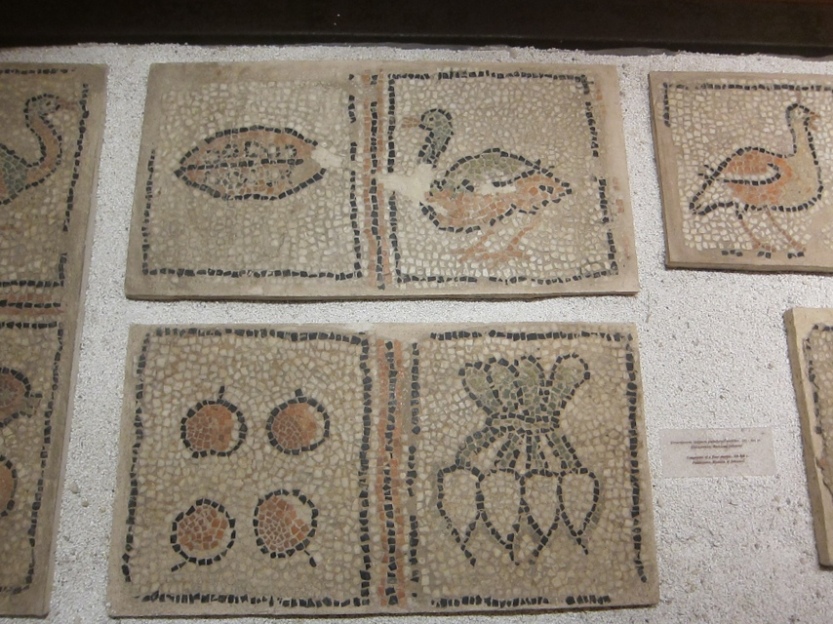 Mosaics from the Palaiopolis Church (in the museum in Palaio Phrourio)