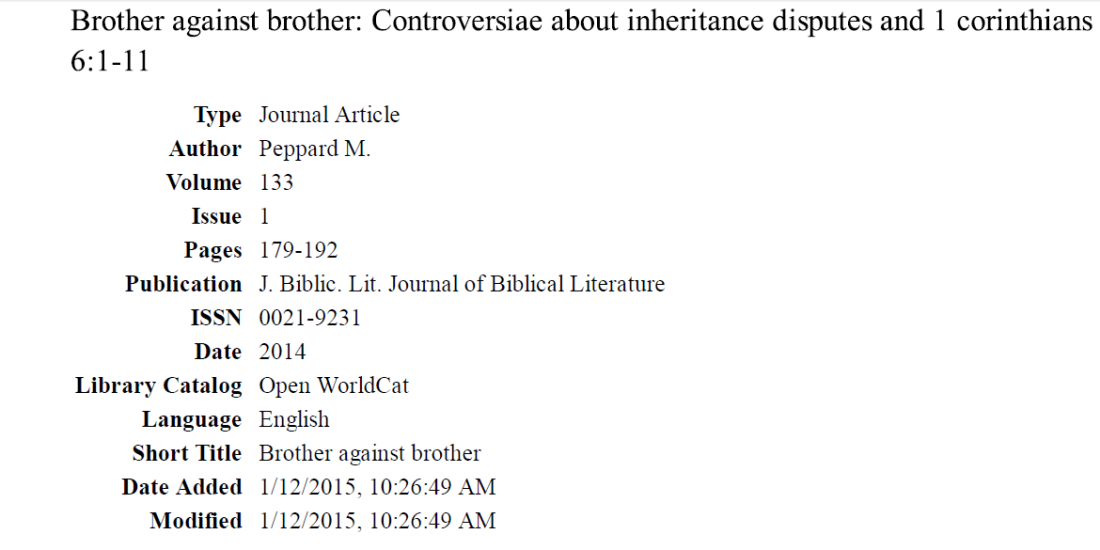 This is the fourth and final post in a series of bibliographic releases of new Corinthian scholarship published or digitized in 2013-2014. See this post last last Monday for further information about the sources of this bibliography and instructions for accessing the Zotero database. For earlier releases, see these posts:

Today’s list presents scholarship published or digitized in 2013 and 2014 related in some way to the subjects of Christianity, Judaism, and early Christianity. This includes some scholarship on the Hellenistic and early Roman “backgrounds” of Christianity and Judaism but most of this material focus directly on questions of religion.

I have divided these reports by year to keep them manageable. Download the PDFs by right clicking on these link:

I generated these reports through Zotero tags and searches, and there are undoubtedly missing entries as well as false positives. For best results, visit the Zotero library or download the RIS file into your bibliographic program.

If you see references missing from the list, please send to corinthianmatters@gmail.com