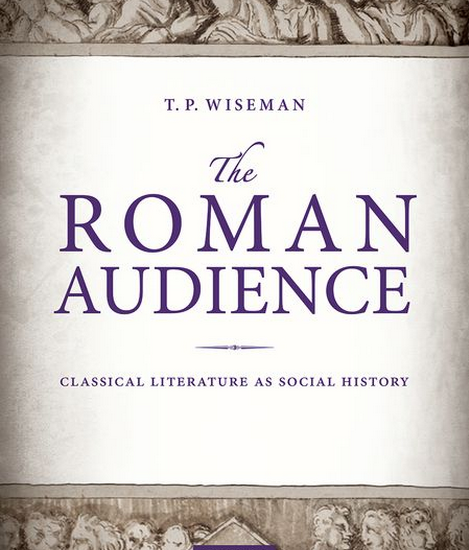 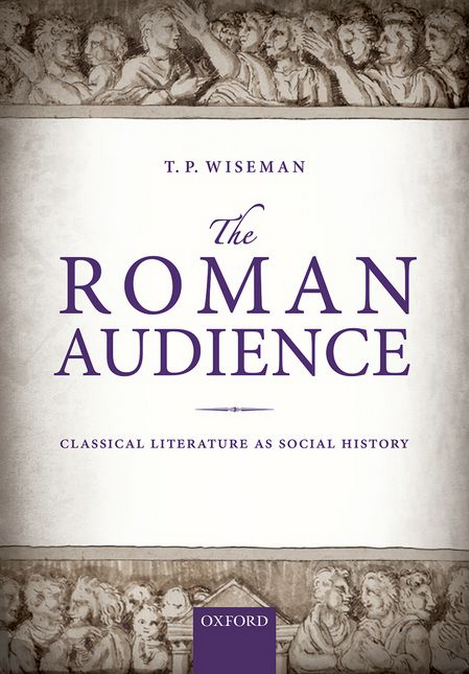 This new book by T.P. Wiseman caught my eye when I saw it via Google Alerts in late August. Published this fall by Oxford University Press, The Roman Audience: Classical Literature as Social History offers a novel interpretation of Roman literature and its reach to broad public audiences. The book is clearly relevant for a city like Roman Corinth, for which most of our textual evidence takes the form of elite literary culture. Excerpts are available here via Google  Books.

Wiseman, T. P., The Roman Audience: Classical Literature As Social History. Oxford University Press, 2015.
The publisher page at OUP describes the scope of the book in this way:

Who were Roman authors writing for? Only a minority of the population was fully literate and books were very expensive, individually hand-written on imported papyrus. So does it follow that great poets and prose authors like Virgil and Livy, Ovid and Petronius, were writing only for the cultured and the privileged? It is this modern consensus that is challenged in this volume.

In an ambitious overview of a thousand years of history, from the formation of the city-state of Rome to the establishment of a fully Christian culture, T. P. Wiseman examines the evidence for the oral delivery of ‘literature’ to mass public audiences. The treatment is chronological, utilizing wherever possible contemporary sources and the close reading of texts. Wiseman sees the history of Roman literature as an integral part of the social and political history of the Roman people, and draws some very unexpected inferences from the evidence that survives. In particular, he emphasizes the significance of the annual series of ‘stage games’ (ludi scaenici), and reveals the hitherto unexplored common ground of literature, drama, and dance. Direct, accessible, and clearly written, The Roman Audience provides a fundamental reinterpretation of Roman literature as part of the historical experience of the Roman people, making it essential reading for all Latinists and Roman historians.Readership: Scholars and students interested in Roman literature (particularly the work of Catallus, Horace, Ovid, and Lucian), history (especially the history of performance in ancient Rome), and politics.